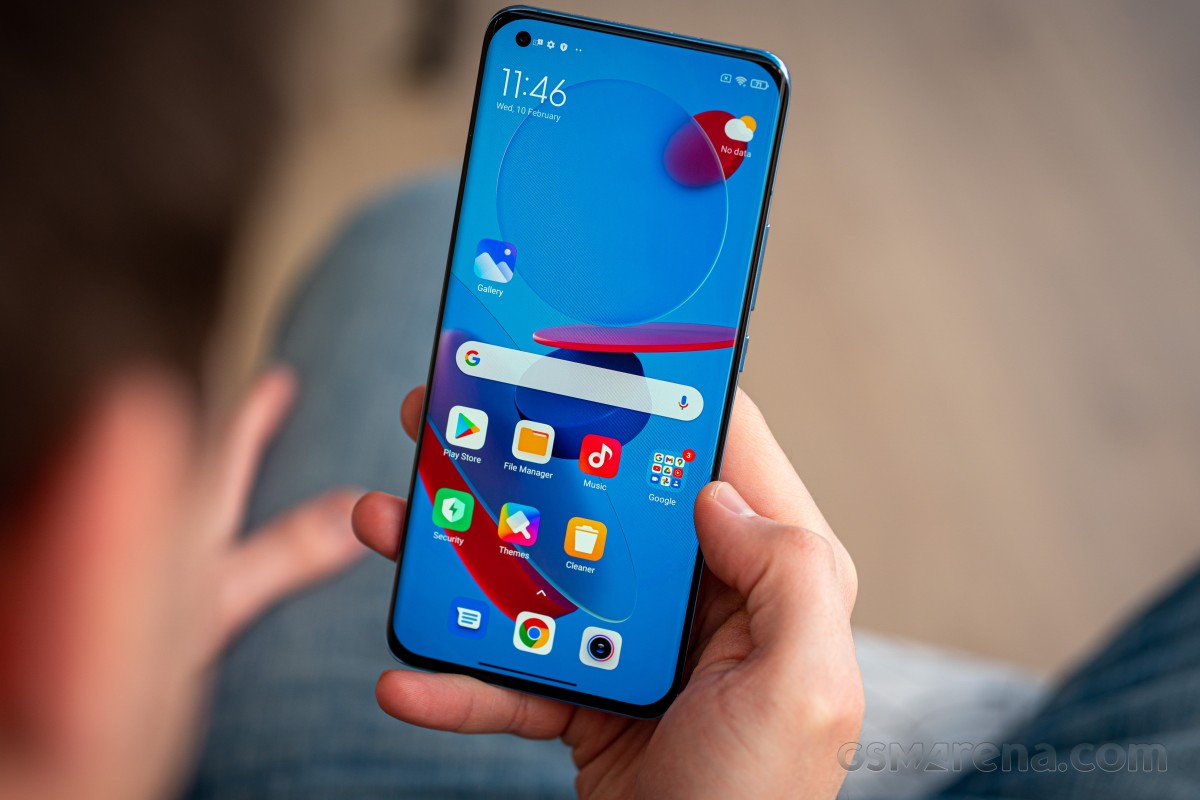 The Xiaomi Mi 11 went official three days before the long-awaited end of 2020. And while the new year did not turn out the harbinger of change we wanted it to be, the Mi 11 is spearheading the next generation flagships, and we are looking forward to its release.

Well, the global debut happened a few weeks after the Chinese premiere, and the international version of the Xiaomi Mi 11 is now here. It is the first (announced) smartphone with the latest Snapdragon 888 chip, but it is so much more.

The Mi 11 brings a lot of meaningful updates over the Mi 10. It introduces a new larger 6.81" AMOLED screen with a higher 1440p resolution and faster 120Hz refresh rate. The panel supports HDR10+, and its peak brightness is impressive at 1500 nits. Another great treat is the native 10-bit color support, allowing the Mi 11 to display up to 1 billion colors.

We mentioned the new Snapdragon 888 chip, but it's no surprise - everyone expects the latest top smartphone to come with the best hardware available. And usually, a new screen and SoC are enough for an upgrade.

The Mi 11 seems to be packing the same camera gear as the Mi 10, though Xiaomi has added a few new video tricks in the bag for those keen on making trending movies with Hollywood-like effects. The 108MP primary, the 13MP ultrawide, and the 20MP selfie snappers seem to be lifted from the Mi 10 with minor changes, but the macro camera has been updated with a higher-res 5MP sensor with autofocus and 48mm macro lens.

The battery has also seen some improvement - while it's a hair smaller (4600mAh vs. 4760 mAh), it's been split into two parts, and that's why it can be recharged fast both wired and wirelessly at 55W and 50W respectively. Xiaomi is even giving you the right 55W GaN charger for that.

The Mi 11 has an updated stereo speaker system that's been tuned by Harman/Kardon for maximum experience. The speakers turned out to be waterproofed, too, and while the phone has no official IP rating, that's a very good sign.

The Mi 11 is of premium build, too. It uses Gorilla Glass Victus at the front and Gorilla Glass 5 on the back, both curved. The aluminum frame is a nice touch as well. You can also get the Mi 11 with an eco-leather back, if that's your thing.

The Mi 11 was supposed to be the company's first smartphone to be packed within a charger-free box. But unlike Samsung, Xiaomi's plans seem to have been derailed by its users' pressure.

Now, in Asian markets the phone will ship with the new thin box without a charger. But don't you worry, Xiaomi allows you to request a charger with your Mi 11 order if you want one, and you will receive the 55W GaN adapter for free.

Meanwhile, the rest of the world is getting that 55W GaN charger inside the retail box by default. We have the EU version of the Mi 11 here, and it comes packed within a regular-size paper box.

In addition to the 55W charger and the Mi 11, it also contains a 6A-rated USB-C-to-A cable and a transparent silicone case.

We almost missed the last piece of the retail bundle - it's a USB-C-to-3.5mm adapter for your favorite wired headphones. It was hidden inside one small paper sleeve. It's been quite a while since the last time we saw such an accessory.

Xiaomi is also selling this nice à la Pixel fabric case, which looks and feels premium. The Chinese translation on the back says it is an imitation and made of PU+PC and indeed, everything on this case is made of plastic, even the fibers. But it doesn't feel cheap at all, just on the contrary. 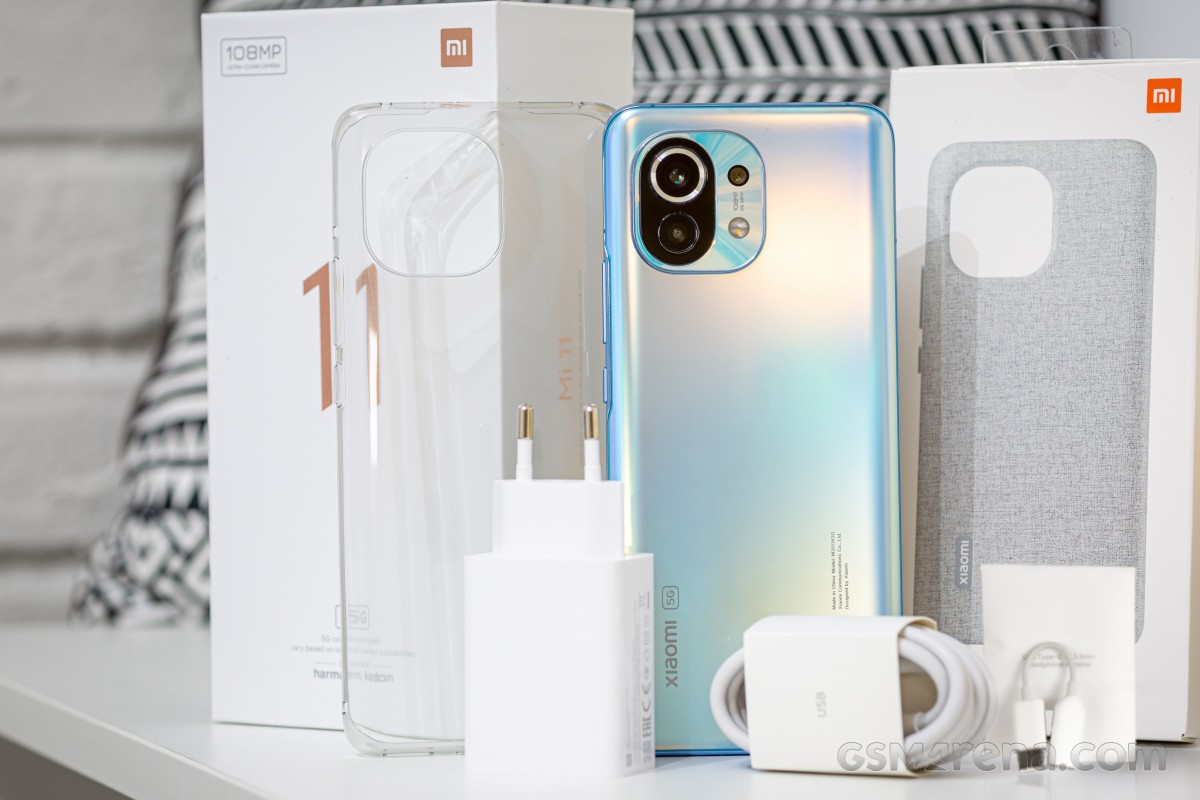 Xiaomi Mi 11 review at a glance