Realme’s plans to bring the X7 to India have been known for a few days now, courtesy of none other than CEO Madhav Sheth himself. This will likely be just one of many steps to offer 5G to the masses, at an affordable price point, which started with the local release of the Realme X50 Pro 5G. The company has a tendency to move rather quickly, so it comes as no surprise that the Realme X7, under the RMX2176 moniker, has already been spotted in the Indian BIS certification database.

This, of course, hints at an imminent release for the device in India, probably as early as January 2021. Madhav Sheth has also suggested a wider international release for the handset, which we are expecting to hear more about in the coming days. Perhaps alongside announcements for the Realme X7 Pro – the fancier member of the X7 family, which has already bagged some international certificates as well.

Some of the most-exciting bits about the X7 and X7 Pro are the affordable 5G MediaTek Dimensity chipsets inside them – 800U and 1000+, respectively. These hold the promise to democratize 5G in a major way and Realme is making a notable push to bring them to markets outside of China. An effort that is already showing results with the recent announcement of the Realme 7 5G.

Beyond the Dimensity 800U 5G chipset, the Realme X7 has 6GB or 8GB of RAM, alongside 128GB of fast UFS 2.1 storage. While the fancy 120Hz refresh rate is reserved for the X7 Pro, the vanilla X7 still gets a crisp 6.4-inch AMOLED panel. In the camera department – a 64MP, f/1.8 main snapper, alongside an 8MP, f/2.3 ultrawide and two extra 2MP shooters – one dedicated macro and the other for depth data. This is topped-off by a 32MP punch hole selfie on the front. To add to the appeal further, Realme has equipped the 4,300 mAh battery of the X7 with 65W fast charging support. 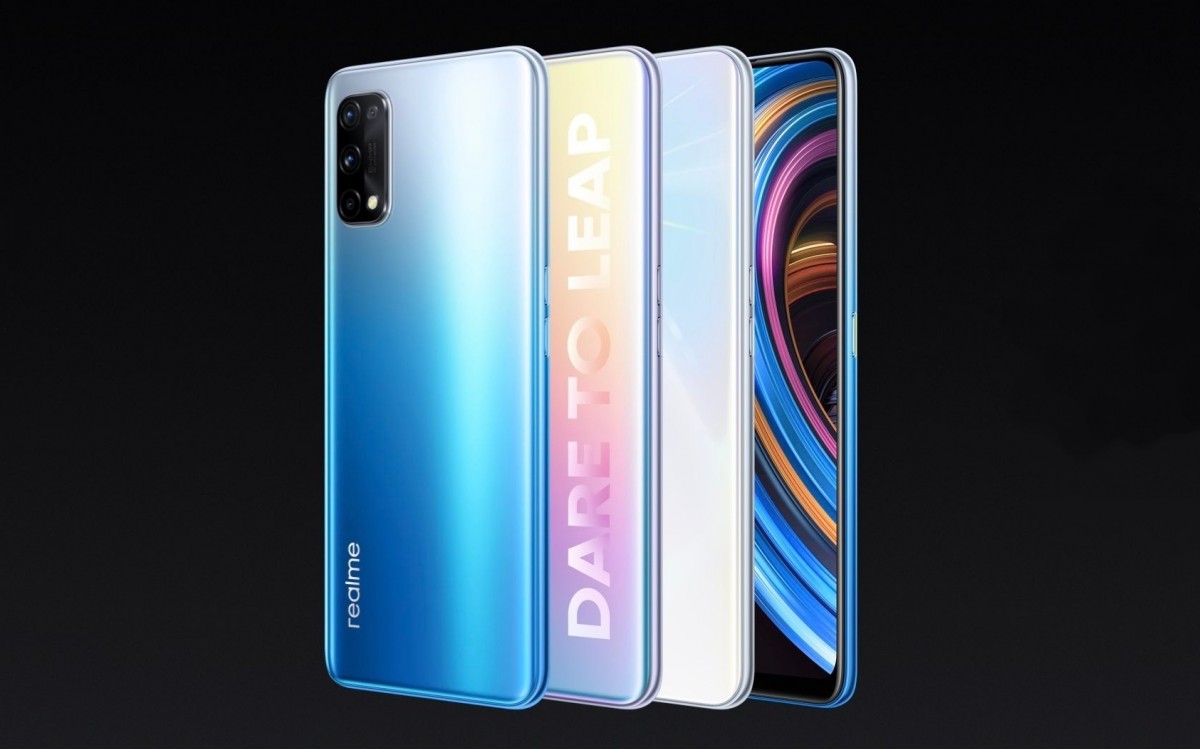